Over the last ten years, INLAND has emerged as a collaborative platform for cultural and land workers on questions of forms of art, territories, and social change. Focusing on different axes as Economy, Knowledge, Inhabitation, and Training, educational projects such as the Shepherds School, the New Curriculum and, more recently, the INLAND Academy, have been developed.

The Academy’s purpose is to expand outward from existing arts education into rural local dynamization by borrowing from the fields of Agroecology, Ecological Economy, Peasant Studies, and Critical Sociology, among others, and carries different sessions during documenta fifteen.

Together with a Cave and the Cheese Pavillion, INLAND proposes a form of Folk Un-Museum and learning space or expanded syllabus bringing together materials, ongoing projects, and collaborations. The installation at Ottoneum presents a cabinet of curiosities comprising knowledge from farmland and forest ecology to a sonic anthropology of rural decline and reinvigoration.

The INLAND cave contains Animal Spirits, an installation by Hito Steyerl, until she decided to withdraw the work from the exhibition due to political differences on the way documenta was dealing with antisemitism accusations and other reasons. Animal Spirits was partly made in collaboration with Inland starting back in 2017, when a real existing TV company staged a Reality TV show in the area, appropriating the name of INLAND’s Shepherds School.

But “Animal Spirits” is also a term John Maynard Keynes coined in 1936 to describe the influence of human emotions on markets. Fear and greed interact to create a sphere of irrationality. The pseudo-naturalist idea of the “survival of the fittest” controls human ideas of society and exchange.

Animal Spirits portrays Nel, member of INLAND, shepherd, YouTuber and cheesemaker. As virtual wolves start invading his pastures and threatening his flock, he stages a partly fictional fight against ecofascists, Disney ecologists, and NFT bros who try to exploit and instrumentalize “Animal Spirits”. 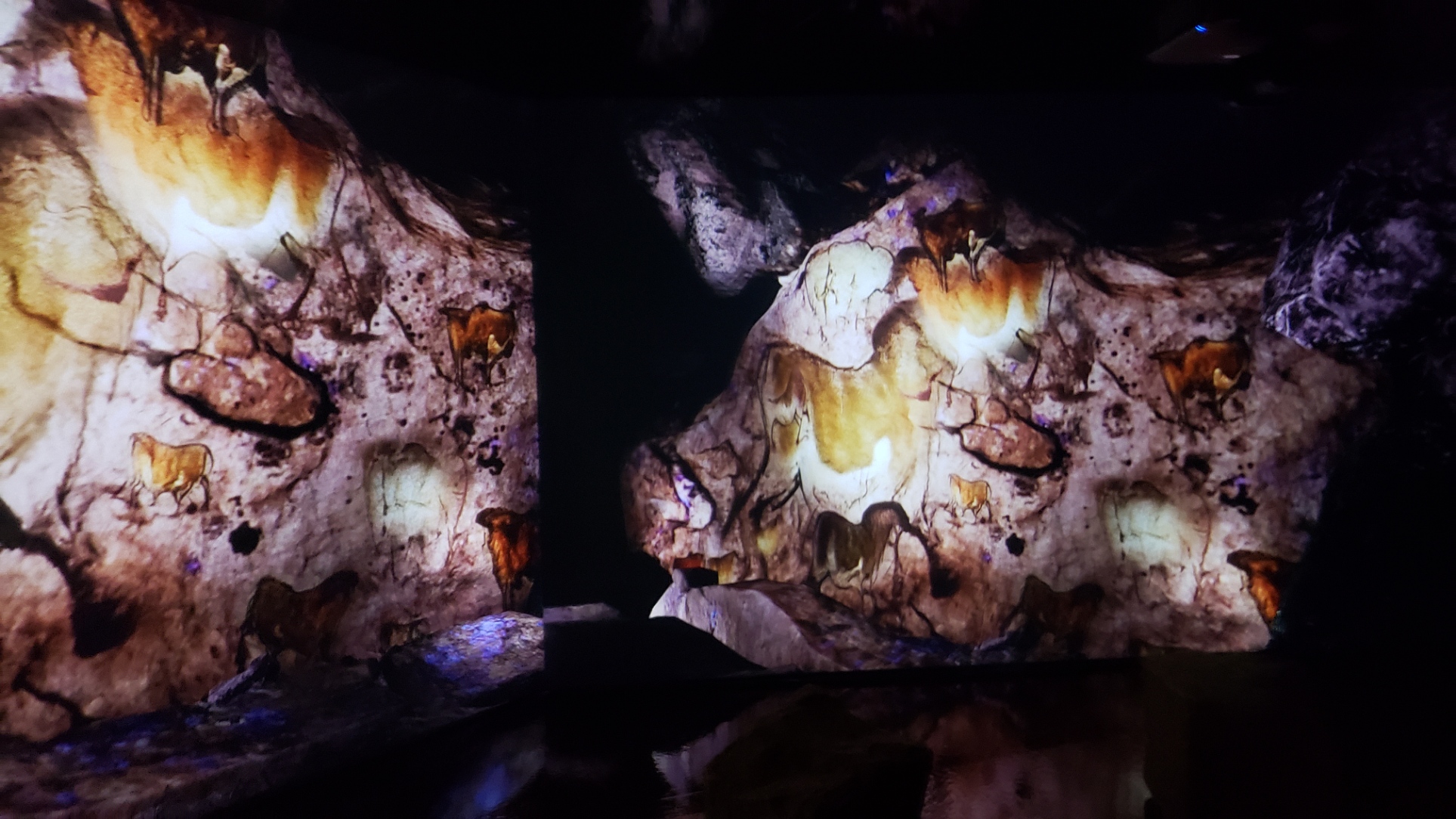 Cheesecoin is a collaboration with Hito Steyerl that started in 2017 and took different forms and iterations. In the context of documenta, and before her decission to withdraw, it was explained in this way

The cheesecoin is a narrative device to address exchange systems connected to lactic fermentation. Cheesecoin is not a cryptocurrency and does not require any wallet or blockchain, given the environmental cost, sheer superfluity and scam nature of many crypto-based economies. It circulates like stories and images do: from mouth to mouth, like a kiss, from screen to heart or oblivion.

Cheesecoin models a gift economy that mimics neighborhood and p2p exchange systems in which things are given away to create a complex web of relations. It is neither a product nor a currency but results from digital abundance. In contrast to digital artworks whose value is increased by creating artificial scarcity, cheesecoin highlights the plenitude and multiplicity of digital proliferation.

Instead of being a means of payment, cheesecoin maps an “internet of stink” that arises when fungi, molds, and bacteria communicate with one another via smell. The result is partly cheese. In the Inland Cave, cheesecoin is “mined” by cheese ripening. Real-time sensors monitor its environmental conditions and control the display of AI-generated paleolithic animal paintings on the cave walls. If conditions are favorable, cheesecoins are generated. But other data are also relevant for this system: fires in grazing areas due to climate change, the amount of wolf attacks on the flock this year, the number of mice caught by the village cat, the decisions of the central Cheesecoin committee, etc.

Technology is thus controlled by natural and social processes—not the other way around.

The creation of cheesecoin is monitored on a gift stick that inverts the function of a traditional tally stick recording debt. Around 500 cheesecoins are around. If you happen to find one, congratulations! Go to www.inland.org/cheesecoin to figure out what to do with it!

* Conference streamed live and recorded in our Youtube channel:

With the support of

Thank you to the curators and museums collaborating:

INLAND is a collaborative agency started in 2009 by Fernando García Dory. It provides a platform for diverse actors engaged in agricultural, social, and cultural production. 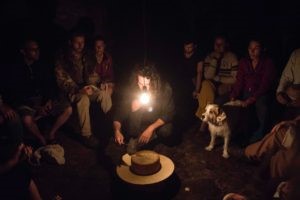 During its first stage (2010 – 2013) and taking Spain as an initial case study, INLAND was engaged with artistic production in twenty-two villages across the country, nationwide exhibitions and presentations, and an international conference. This was followed by a period of reflection and evaluation, launching study groups on art and ecology, and a series of publications. Today INLAND functions as a collective focused on land-based collaborations and economies, and communities-of-practice as a substrate for post-contemporary art and cultural forms.

INLAND has a radio station, an academy, produces shows, and makes cheese. It is also a consultant for the European Union Commission on the use of art for rural development policies, while promoting a European Shepherds’ Network, a social movement to question those same policies.

For documenta fifteen, INLAND and collaborators show the potential of agrarian economies. An installation presents INLAND’s current areas of interest and development: in-habitation and expanded landscapes, economy and collaboration, and composed knowledges and learning. A cave, conceived as a geobiological vault, is built to contain primeval and algorithmic forms of representation, extinct animal spirits, and storage for INLAND’s cheese production and mother lactic cultures. The ripening chamber and its microbiota of molds and fungi act as a counter server farm, minting INLAND’s currency, the cheesecoin.

Both artwork and money form, cheesecoins (in limited numbers) are placed in circulation through networks of exchange with local producers and via the dairy-pavilion at the Ottoneum’s garden. The currency is also used as part of the design and launch of INLAND’s Eco-Social & Art Impact Bond (ESAIB).

How an economy can be informed by values associated with peasant cultures—such as giving away, and reproduction of the community instead of accumulation and productivism—is examined in the In-habitation Room or unmuseum.

INLAND is currently coordinating the Confederacy of Villages network and has exhibited and worked in the past with institutions such as the Istanbul Biennial (2015); Casco Art Institute, Utrecht (2015); Maebashi Museum (2016); Serpentine Gallery, London 2020); Casa do Povo, São Paulo; Centre Pompidou, Paris (2015); and SAVVY Contemporary, Berlin (2019).

We use cookies on our website to give you the most relevant experience by remembering your preferences and repeat visits. By clicking “Accept All”, you consent to the use of ALL the cookies. However, you may visit "Cookie Settings" to provide a controlled consent.
Cookie SettingsAccept All
Manage consent

This website uses cookies to improve your experience while you navigate through the website. Out of these, the cookies that are categorized as necessary are stored on your browser as they are essential for the working of basic functionalities of the website. We also use third-party cookies that help us analyze and understand how you use this website. These cookies will be stored in your browser only with your consent. You also have the option to opt-out of these cookies. But opting out of some of these cookies may affect your browsing experience.
Necessary Siempre activado
Necessary cookies are absolutely essential for the website to function properly. These cookies ensure basic functionalities and security features of the website, anonymously.
Functional
Functional cookies help to perform certain functionalities like sharing the content of the website on social media platforms, collect feedbacks, and other third-party features.
Performance
Performance cookies are used to understand and analyze the key performance indexes of the website which helps in delivering a better user experience for the visitors.
Analytics
Analytical cookies are used to understand how visitors interact with the website. These cookies help provide information on metrics the number of visitors, bounce rate, traffic source, etc.
Advertisement
Advertisement cookies are used to provide visitors with relevant ads and marketing campaigns. These cookies track visitors across websites and collect information to provide customized ads.
Others
Other uncategorized cookies are those that are being analyzed and have not been classified into a category as yet.
GUARDAR Y ACEPTAR